Typically mounded shape, but with non typical leaves and colours. It possesses the same cascading growth habit of most dissectums. The medium sized leaves have a neat appearance since they are held on a common plane and do not twist, as in many dissectums. The lobes are distinct in that they are directed only once, ranging both sides of each midrib, and are not doubly dissected as they are in more widely known dissectums. This gives a saw-toothed effect to the foliage. the leaf stalk is fairly short. The base colour is bright green, rather light, but with an over tinting of rust on mature leaves. Leaves in full sun show a very marked rusty to burnt orange tinting, while those in more shade have the tinting only on the edges or tips.young foliage, and some of the full grown leaves in full exposure, lack green and are predominantly yellow in colour. 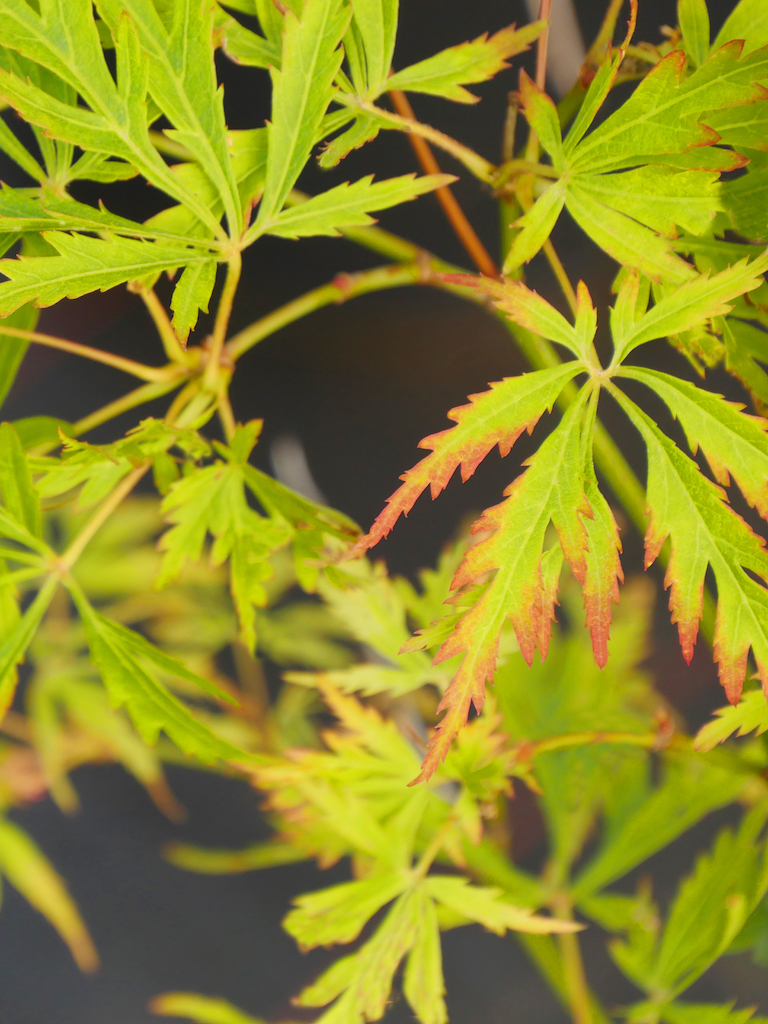 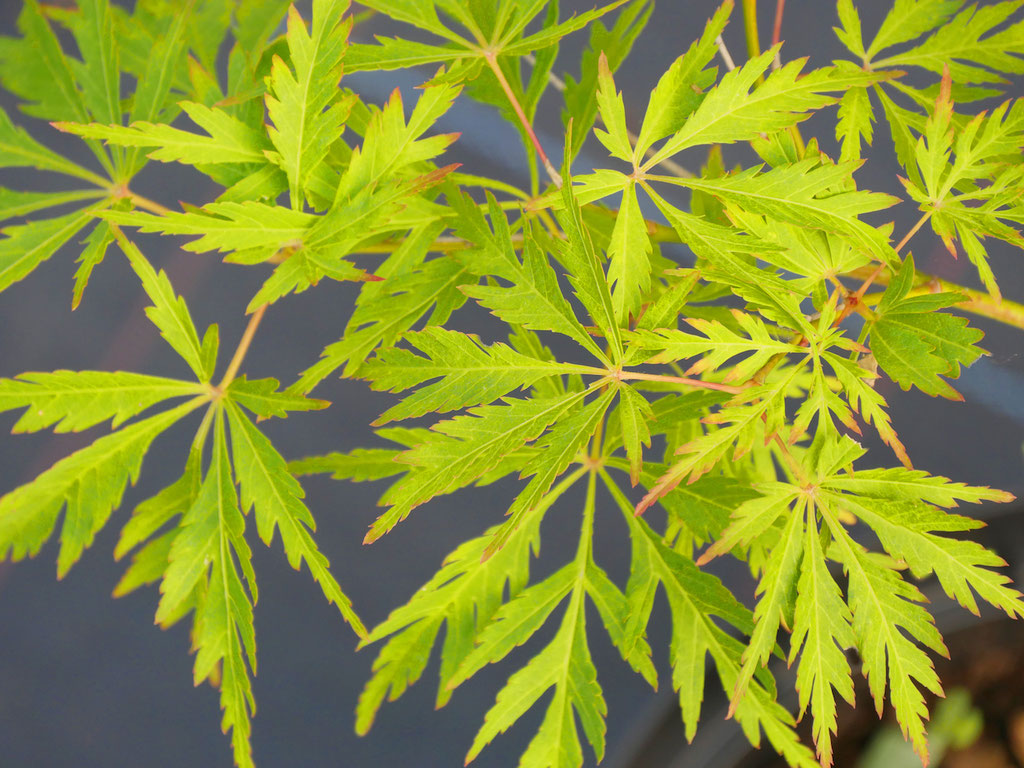