Bright orange-red foliage in spring. It manages to keep an orange flush on the leaves as they turn a rich red-green through the summer. This colouration is boosted by a second flush of orange leaves in midsummer, and the two-tone summer colour ends with the leaves becoming dark red before turning fiery orange-red in the fall, holding this colourful display later than most. Large leaves of five to seven lobes which are deeply divided to the leaf base, where they are barely wider than the midribs. Each lobe is deeply divided into broader toothed sublimes  The lobes are wide spreading. The short slender red leaf stalks have hooked, swollen bases. 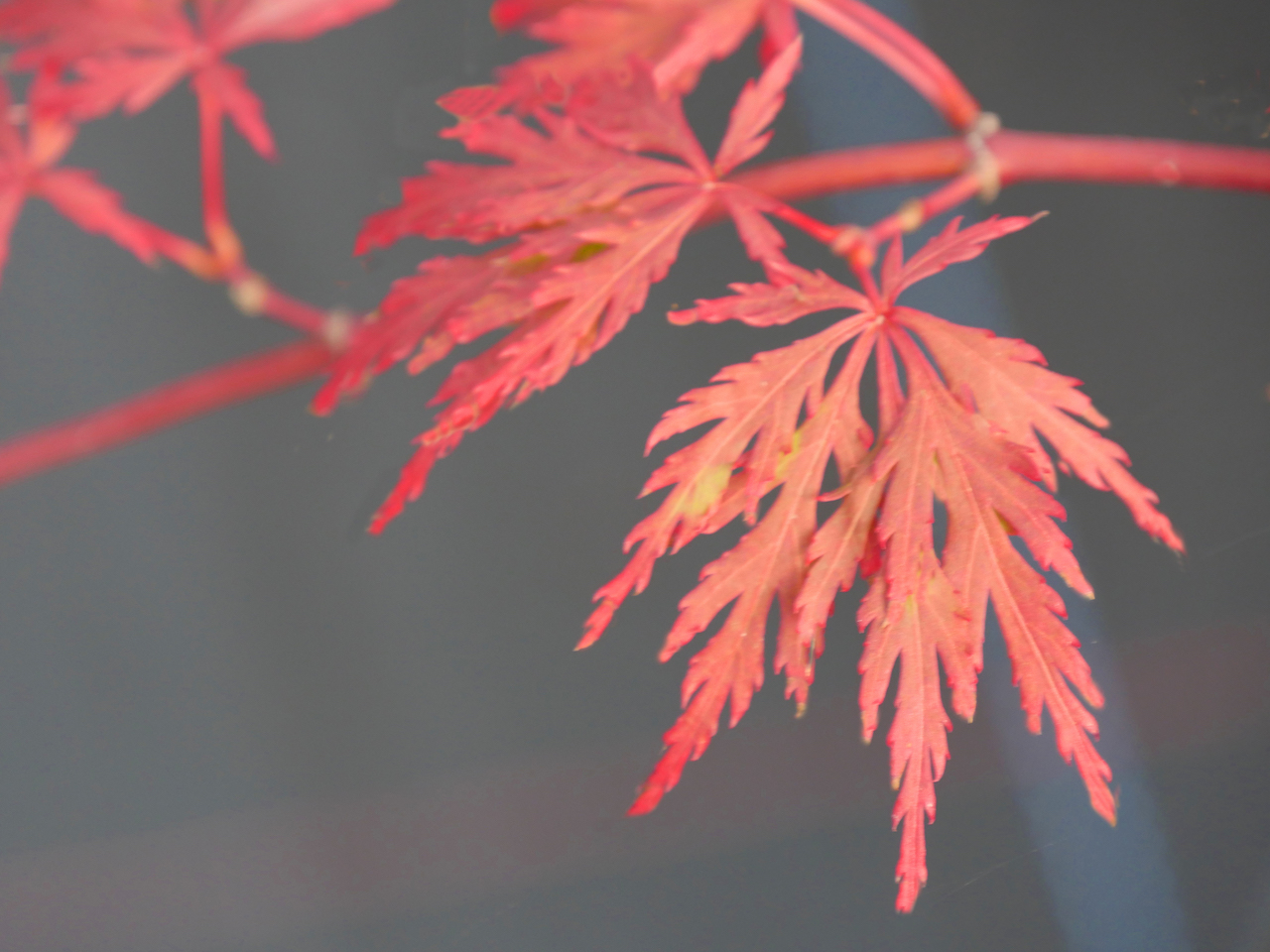